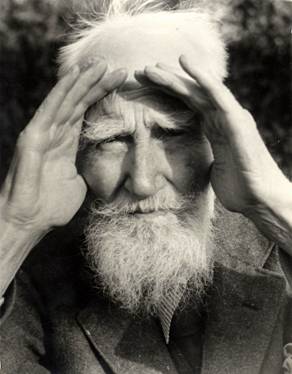 “SHAW IN THE 30s: DRAMA AND DICTATORIAL POLITICS”

A SPECIAL SESSION (#23) ON BERNARD SHAW

Sponsored by the International Shaw Society

The Modern Language Association Convention scheduled for Seattle in January of 2012 will feature another Special Shaw Session.   Please send abstracts of no more than 250 words (with title) and an up-to-date CV by March 15, 2011 to Lawrence Switzky at lawrence.switzky@utoronto.ca.   You of course have to be a member of MLA to deliver a paper, but you do not have to be a member to attend the session, as follows:

TOPIC: “Shaw in the 30s: Drama and Dictatorial Politics”

In the 1930s, among many other things, Bernard Shaw wrote six full-length plays, feted Albert Einstein, dallied outrageously with “The Dictators,” visited the United States for the first (and second) time, and won an Academy Award.  Even by the standards of a master of paradox, the 1930s was a decade of artistic and political extremes for Shaw.  Much of Shaw’s subsequent reception has been tinctured by both his humanitarian work and the putative development of his “darker side” during these years.  This panel offers an opportunity to re-evaluate this complex period in Shaw’s career:

Ø a political propagandist (as, for instance, a critic of democracy, a sincere or ironic advocate of fascism, a Zionist and counter-Zionist, a champion of revolutionary socialism)

Ø a world traveler and early post-colonialist

Ø a votary of the Life Force in the grip of old age, determined to be “more revolutionary” as he aged.

Papers are welcome on any aspect of Shaw’s investment in the ‘30s and his place among its fulgurous debates, figures, and movements. Panelists are also encouraged to read Shaw through any of the modernisms that emerged in the 1930s (e.g. “New Deal Modernism”) or through the formal and stylistic features that characterize his later work.

THE PROGRAM FOR “SHAW IN THE 30s: DRAMA AND DICTATORIAL POLITICS”    (at http://www.mla.org/program_details?prog_id=S618)

3. "Shaw's Subjunctive: The Dramaturgy of Extravaganza and the Extremities of Political Imagination," David Kornhaber, Univ. of Texas, Austin

For abstracts, write to lawrence.switzky@utoronto.ca.

You can discover how to register for the 2012 MLA convention by going to http://www.mla.org/convention. 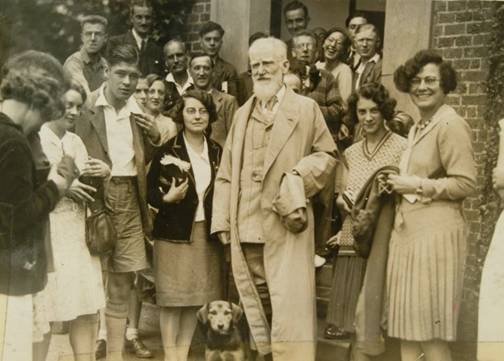 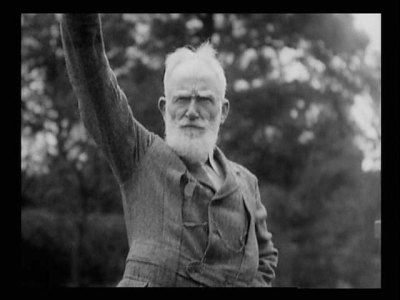 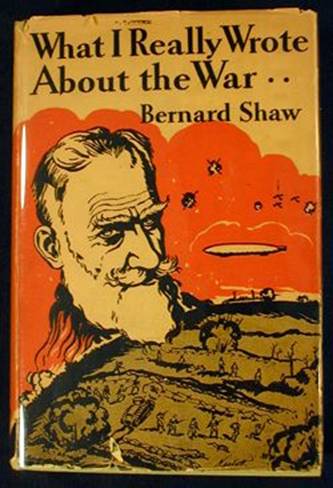 For the entire collection of book covers at Brown University under “The Quintessential G.B.S. : Politics,”